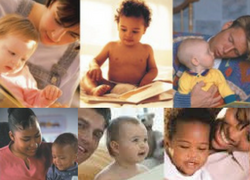 We Need Diverse Books, a non-profit that “advocates essential changes in the publishing industry” and is helping to “produce and promote literature that reflects and honors the lives of all young people.” Their Booktalking Kit is a tool for educators, library workers, and booksellers to booktalk “lesser-known books that are about diverse characters and/or written by diverse authors.”